What Are Dreadlocks? Here Is the Ultimate Guide.

What are dreadlocks? Dreadlocks, also known as dreads, Sanskrit, or Jata, are rope-like strands of hair that have been braided. Dreadlocks have been there since the Stone Age and before civilization. There is evidence to support this in paintings and carvings from ancient people with locks on their heads. People had dreadlocks for different reasons in the past — some simply because combs hadn't been invented yet. Today, many keep dreadlocks as a matter of personal choice while others keep them for religious and cultural reasons.

Today, there are hundreds of millions of people who keep dreadlocks all over the world. It is no longer just Americans with African origin or Rastafarians; Asians, Indians, and Caucasians wear locks, too.

Back in the day, people kept dreadlocks to express deep religious beliefs, spiritual convictions, ethnic pride, and political statements. In modern times, dreadlocks represent a free spirit, an alternative to other hairstyles, natural spirit, and much more.

Cultural Significance: Then and Now 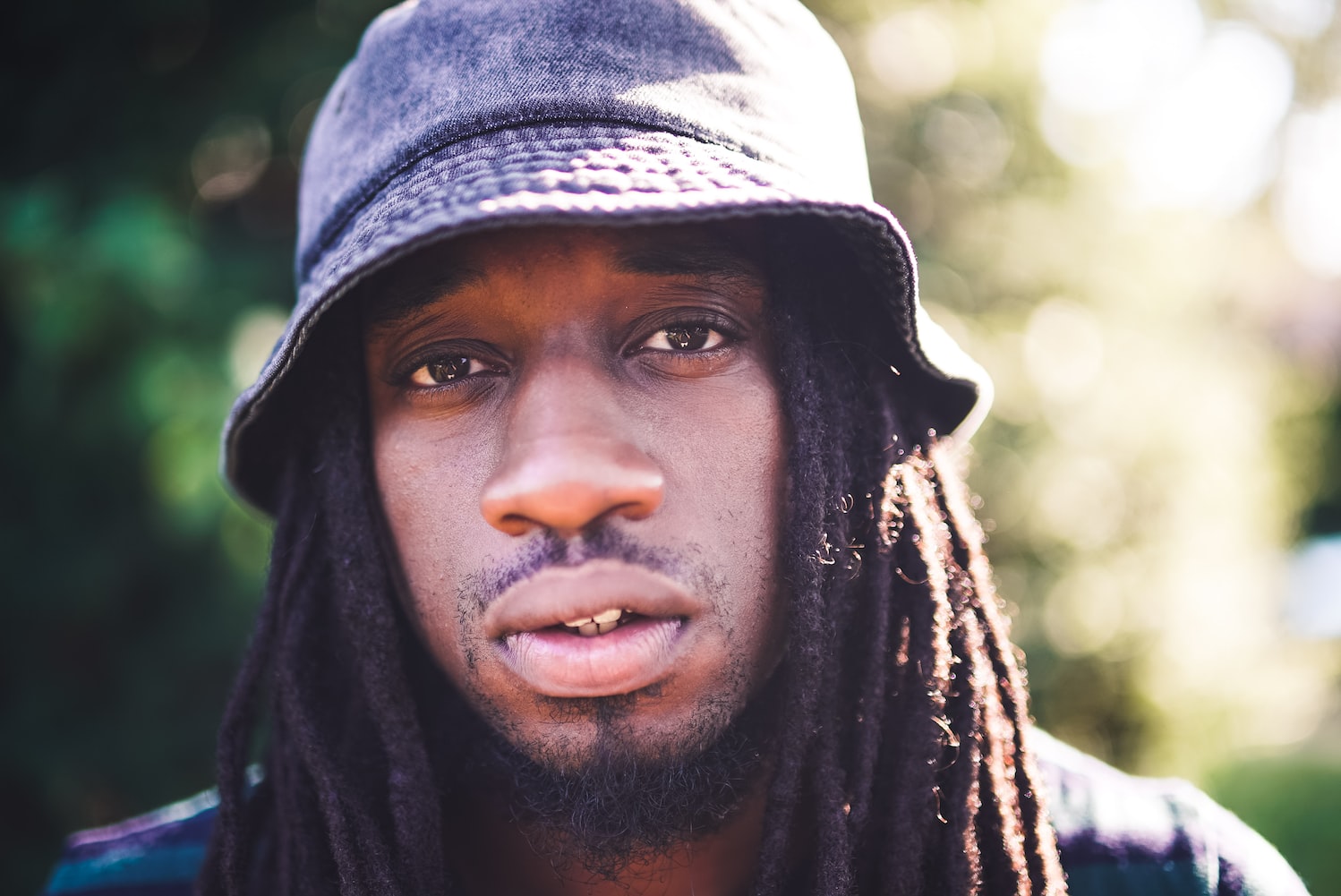 In East Africa, dreadlocks have signified different things. The Maasai, one of the tribes in East Africa, are famous for their long, thin, red locks. They dye their hair with root extracts called red ochre. Another group that wears them for ethnic pride are the Turkana people. Spiritual men and women called Shamans who were known to speak with the spirits or deities also wore dreadlocks.

In Nigeria, some children are born naturally with locked hair and are given a special name “Dada”. The Yoruba priests of Olokun and Orisha of the deep ocean wear dreadlocks. In Ghana, the priests of the Akan people wear locks for religious reasons, and common people wear locks, too.

People from North, West, and Central Australia have also traditionally worn their hair in locked style. They wore fully and partially locked hair.

Hindu religious leaders, both men and women, also kept dreadlocks and believed the locks made them stand out as holy and sacred.

The Rastafarians also have locks which symbolically represented the Lion of Judah, believed to be the descendant of Emperor Haile Selassie. They believe their locks are inspired by Nazarites of the Bible. The Rastafarian movement gave the appearance more authority and increased its popularity.

With the popularity of reggae music, the locks became a notable fashion statement worldwide. They have been adopted by prominent actors, athletes, and rappers.

Sports have played a significant role in popularizing dreadlocks. Although they are more popular among African American sportsmen, other athletes like United States soccer player Kyle Beckerman have graced the field with dreadlocks. In professional American Football, players with locks have increased in number over the years. The National Football League (NFL) has some defensive players who wear dreadlocks. This is, however, a huge gamble because the NFL allows tackling by the hair if the hair protrudes from the player's helmet.

Today, Western fashion has incorporated models with dreadlocks in its runways. The beauty industry has changed and created different ways of wearing locked hair. It is braided to look like cornrows, flat twisted, half-back styled, mohawk styled, and can also be made into buns. New hair care products for dreadlocks have also come up. Fashion houses have even added Rastafarian swag and colors to their designs. This has led to more and more people wondering just what are dreadlocks.

How to Make Dreadlocks 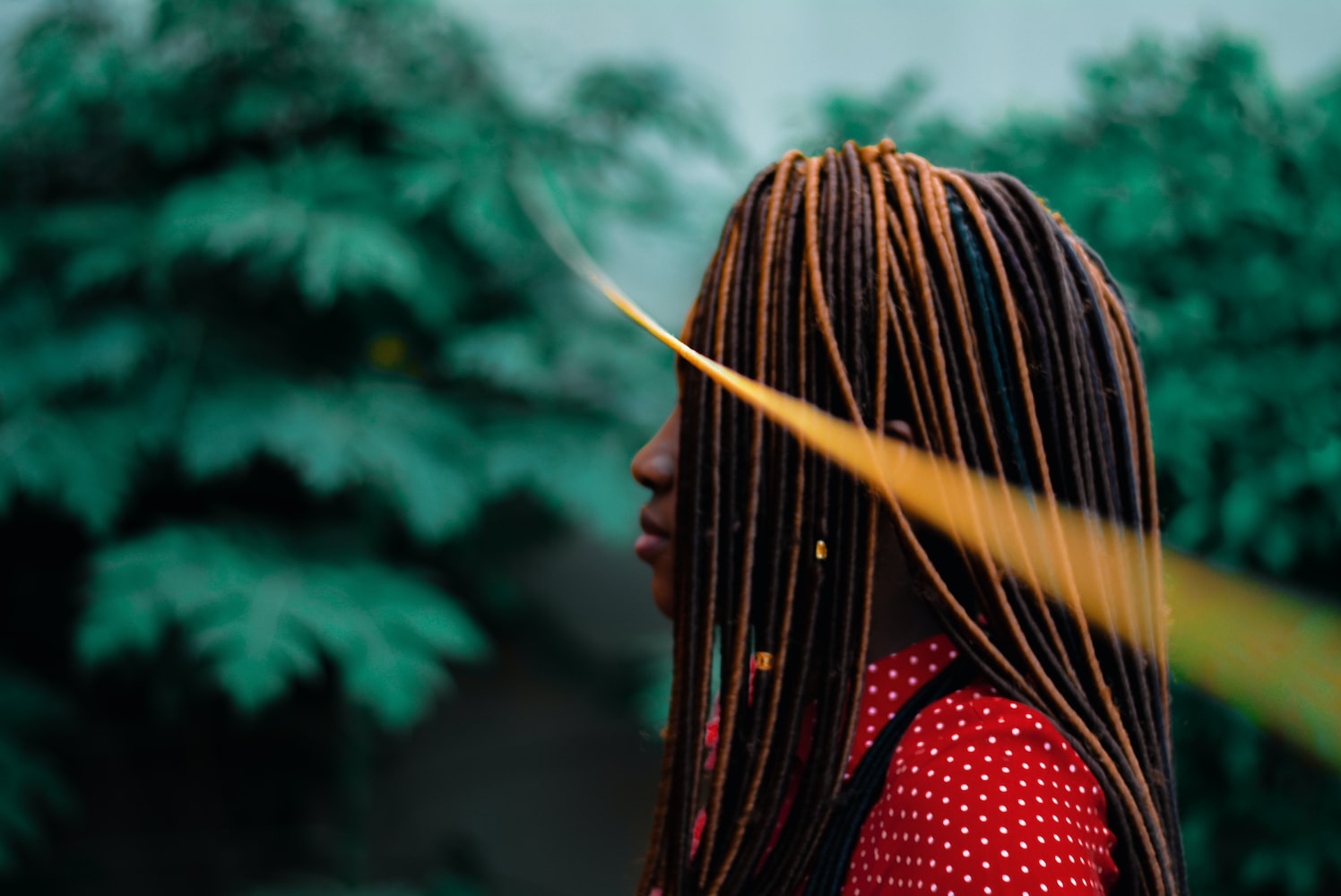 What are dreadlocks and how do you make them? If you have been asking yourself this question, we have some answers for you. There are several different types of hair structures:

The process is much easier since the hair tangles more on its own.

For African hair types, salon dreadlocks can be evenly formed by styling and sectioning the loose hair to braids, coils, twists, or using a procedure called dread perming that is specifically used for straight hair. Regardless of the hair type or texture or the starter method used in hair treatment, the dreadlocks require enough time to grow before they fully mature. 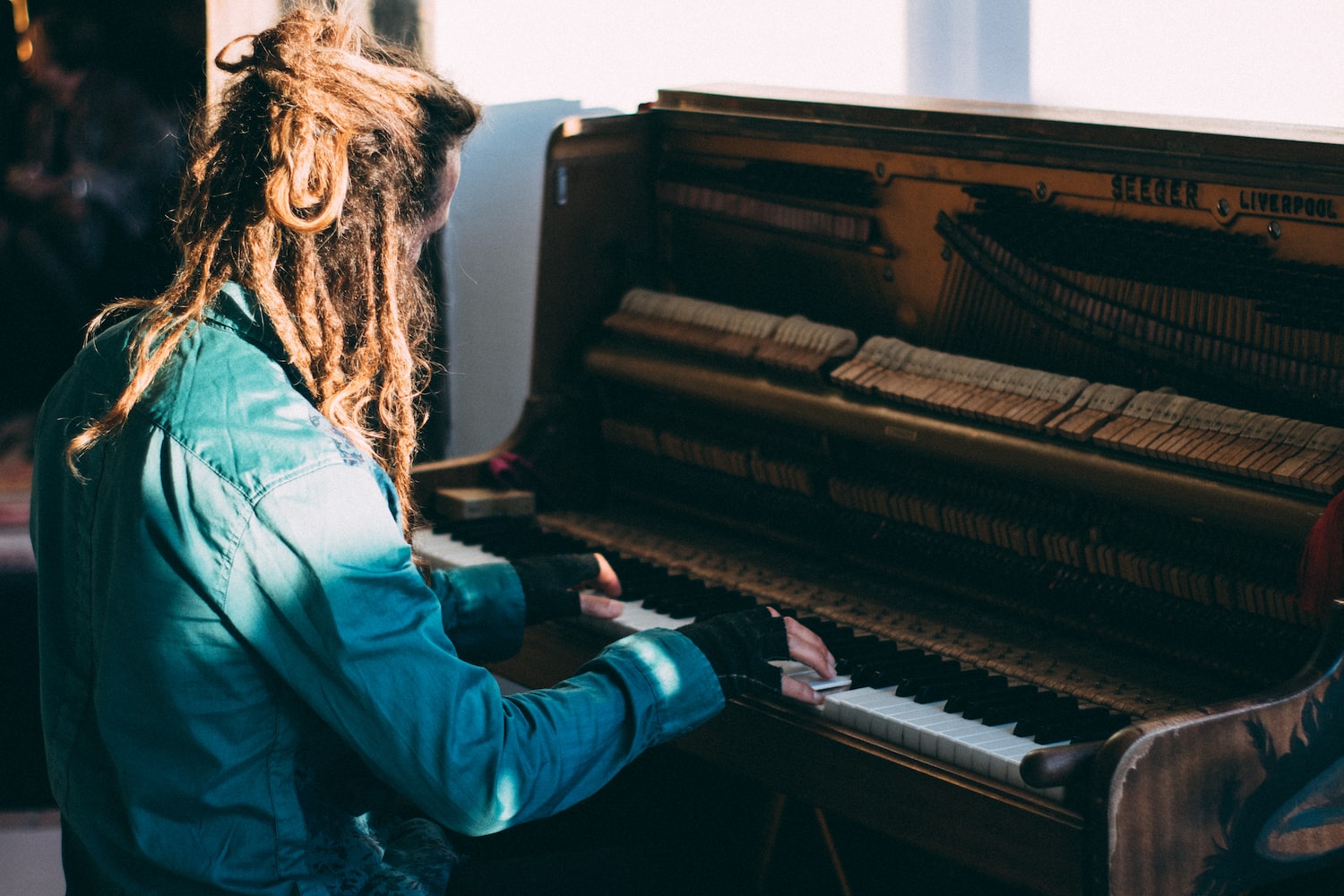 When forming dreadlocks, you can even start with short hair. This is known as the starter stage. At this stage, you should ensure your foundation is strong enough to provide stability to your hair. If it's weak, it eventually thins, and the weight of your locks could make them fall off. Ensure your base is wide enough to help your braids grow.

The Teenage Stage or Middle Locks

At this stage, knots occur after the hair strands begin to lock. And just like teenagers, they may be rebellious. If they do not lock, you can wrap up your head when you go to sleep or do up-dos to get them to cooperate. They intertwine and create a bigger knot that expands as the lock matures. You may begin to get the urge to twist them on your own, but you shouldn't. This thins and weakens the base. They are now able to stand on their own.

Congratulations, you are officially a dreadlocked person now. The locks take shape and may be heavier than usual. Now they are lying flat and are considered mature.

If you do not want natural dreadlocks, you can get synthetic ones. Synthetic dreads are just extensions added to hair by braiding or matting. You can adopt different types of fake dreads that make the hair looks real. You can get synthetic dreadlocks attached in two different ways. The first way is to have synthetic dreads infused in your hair. The second way has one dreadlock tied to another with either elastic or lace. Both methods make the dreads look appealing and attractive and the allows the owner to achieve their desired length.

When washing the synthetic hair, dilute the shampoo a little to avoid harboring some of it. No conditioner is required for synthetic dreadlocks. When drying, use a lint-free towel to avoid whitish residue left on the hair.

What Are Dreadlocks? Tips to Maintain Them 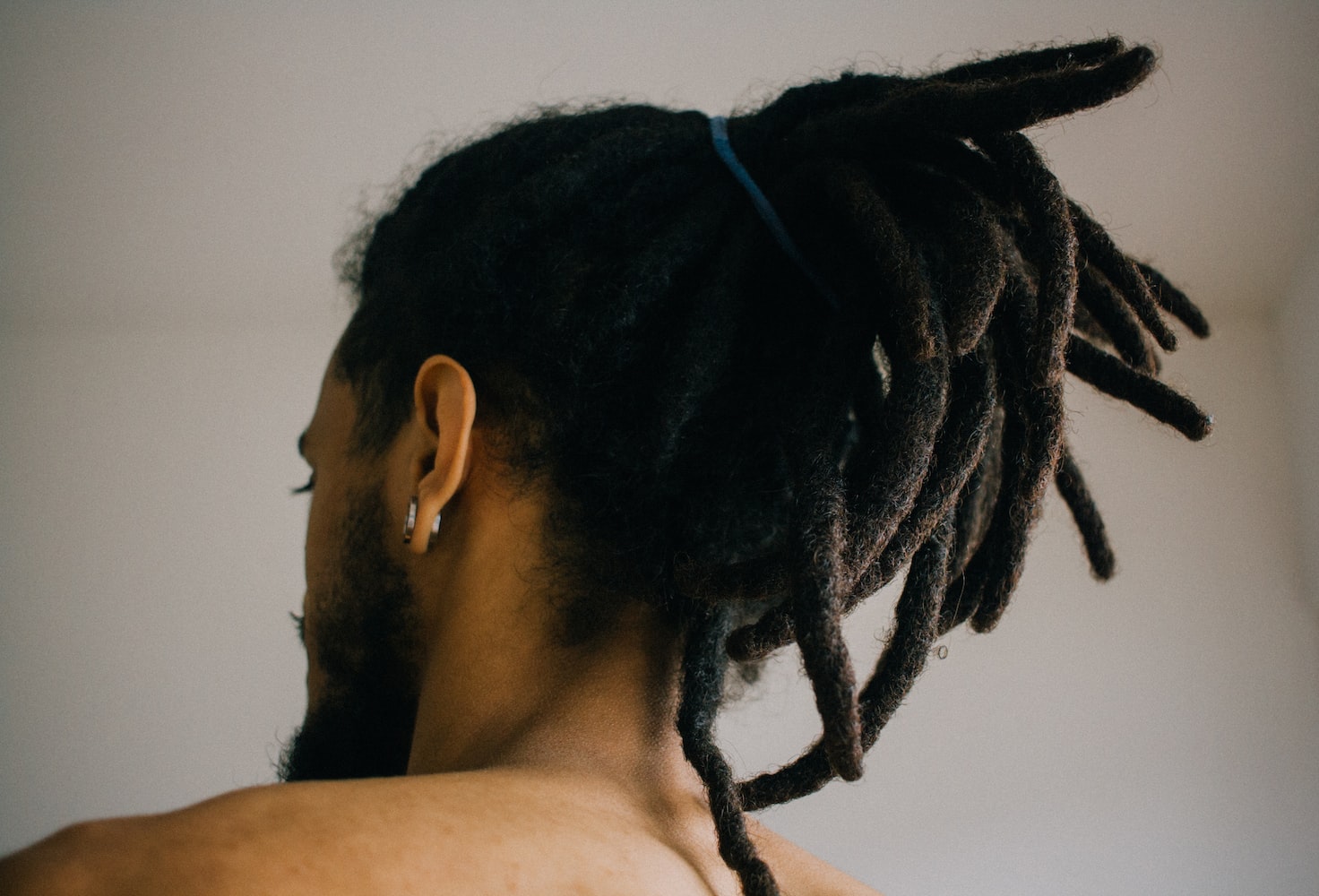 This is key in the early stages of growing dreadlocks. You should get the recommended hair products and professional services from someone with vast knowledge about ways to help keep your locks healthy depending on the strength and length of your locks.

Massage Your Scalp and Condition Your Dreads

Your hair needs moisture and so does your scalp. A leave-in conditioner is applied to maintain the blood circulation to the scalp. This also helps in stimulating your scalp's oil production. However, the conditioner is not recommended for synthetic locks.

Dampen your hair and apply residue-free shampoo, gently massage your scalp, and let the shampoo soften your dreads. Rinse well and use a microfiber towel to help squeeze out extra moisture. Avoid lint accumulation in the hair. You can also use a hair dryer to completely dry out your hair.

Don't Re-Twist Your Hair Too Much

This avoids breakage and thinning at the root of your hair.

When getting into bed at night, wrap your hair using a silky scarf to keep the moisture in. This also protects your hair from pillow friction as well as from making your beddings dirty.

Use hair products that contain natural ingredients as opposed to synthetic ones to avoid leaving any residue or any harsh chemicals in your scalp.

In the past, it was believed that dreadlocks formed themselves because people did not comb or brush their hair. This is referred to as the "neglect method." Because of this, dreadlocks were believed to have mold, dread rot, and a lot of dandruff. This led to the assumption that dreads are dirty. However, today, locks have better haircare routine and are washed regularly, just like normal hair.